Below, please find a blog post that I wrote for Hedgebrook, a phenomenal women’s writing residency and community of women writers that I have been a part of since 2010.

The play ended and my colleague Carlton Mackey (founder of 50 Shades of Black) invited the audience to share one-word reflections on their experiences. The students at Bowie State University, an historically Black institution in Bowie, MD sat in silence for several moments before their words came pouring out:

The play, called There Is A Field, tells the story of a 17-year old boy who had been killed by the police.

Students at Bowie State University watching There Is A Field

Set the Stage for Justice! 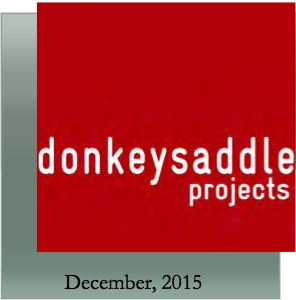 You make possible all that we do at Donkeysaddle Projects—and we cannot thank you enough.

In 2015, you supported the premiere of our documentary film Witness Bahrain at the Seattle Transmedia & Independent Film Festival (where it won the Audience Award, with later screenings on Capitol Hill in DC and at Seattle’s Arab Festival); you helped us report from the ground in Palestine/Israel, producing several short videos and feature pieces in The Nation, AlJazeera America, TomDispatch, +972Mag, Mondoweiss, and Yes! Magazine; and you supported our ongoing efforts to expose the violence of the death penalty and its connection to all forms of state violence, including police killings.

The past year has brought into stark relief the interconnection between universal struggles for liberation and equality–in Palestine, in the U.S. and beyond.

For that reason, we are asking your support to set the stage for justice in 2016, as we produce a college/university tour of our new documentary-style play, There Is A Field.

Based on interviews and primary sources collected over fourteen years, There Is A Field is a story of how a Palestinian family journeys through grief after the Israeli police killed their teenage son, Aseel. While offering an intimate view into the racism and violence faced by Palestinian citizens of Israel, the play transcends any particular time or place to reflect on oppressions in Israel/Palestine, the United States, and around the world.

We are working with a growing coalition of organizations to steer the tour of the play; including Adalah, 50 Shades of Black, Students for Justice in Palestine, Dream Defenders, Jewish Voice for Peace, the U.S. Campaign to End the Israeli Occupation, and Code Pink.

The play emerges at a critical juncture of not only escalating state violence, but also unprecedented mobilization for the rights of Palestinians, for Black-Palestinian solidarity, and for transnational movement-building.

The story of Aseel’s life and murder accentuates the stark similarities between entrenched inequality and impunity, both in the State of Israel and in the U.S., and contributes to the vital and growing national conversation around the systematic devaluation of Black life in the United States. Through the performance and post-play discussions, audience members will grapple with unequal systems of justice, and together consider ways to strengthen intersectional movements for social transformation.

Your donation today will allow There Is A Field to travel to 20 universities in the United States this spring (including several Historically Black Colleges and Universities) and will enable us to end the tour with three days of performances and workshops in the St Louis area, culminating in a performance in Ferguson, MO.

Please support donkeysaddle projects with a contribution that feels meaningful to you this year. Just click here to make a tax-deductible one-time (or monthly) donation, or click here for information on sending a check!

In doing so, you will be supporting a vision of the world in which every person’s humanity and rights is equally respected and equally protected.